The following extract from ‘Far Above Rubies’, a biography of Bethan Lloyd-Jones (wife of Dr Martyn Lloyd-Jones), gives us a window into Bethan’s contribution to gospel work in Wales.

It was not only the Doctor who was busy in retirement; it was during these years that his wife proved her skills as a translator. The first book which she translated from Welsh into English was a spiritual classic by the great 18th century hymn writer, poet and preacher, William Williams – or, as he is more frequently alluded to in Wales, Williams, Pantycelyn or simply Pantycelyn. The Doctor wrote the introduction to the translation, and in it he tells us, ‘I encouraged my wife to translate it’. Mrs Lloyd-Jones was fascinated by words: she loved to discover the etymology or origin of words, and Christopher tells us in The Family Portrait that she and his mother reigned supreme at Scrabble within the family, ‘since they … knew words of which none of us had ever heard!’

Her love of poetry also bespoke an interest in language and in the different ways that it can be used, while her gift as a letter writer reveals a woman who, like the wise Teacher of Ecclesiastes, knew ‘just the right words’. One can well understand, therefore, why the Doctor encouraged his wife to translate this work. Just as he had been concerned that she continue to use her mind during the war years when she was with Elizabeth and Ann in Llanelli and without a maid, so now in retirement he had the same concern for her. If she supported her husband in his great work, it was no less the case that he saw her as a person in her own right, possessed of gifts which he did not have and that she should be encouraged to use them for the glory of God.

Good translation work requires a number of skills but it requires something more than just skill: while a person must have a thorough grasp of both the languages – the language from which one is translating and the language into which one translates – there is also the need for an artistic flair, something which cannot really be taught. When the great Bible translator William Tyndale ‘invented’ the word ‘scapegoat’ and coined the phrase ‘by the skin of their teeth’, he demonstrated that, while he may have possessed a remarkable grasp of Hebrew and Greek, he had a rare ‘feel’ for the English language and how to use it to maximum effect. Mrs Lloyd-Jones may not have been a 20th century Tyndale but the very title which she gave to Pantycelyn’s book demonstrated that she, too, had a feel for the right words. A literal rendering of the original Welsh title would be ‘A Door into the Society Meetings’, which would hardly have conveyed much to readers in the 1970s!

The translation which she came up with was not only faithful to the meaning of the Welsh but also communicated precisely what the book was about: The Experience Meeting. The sub-title expanded upon this: An Introduction to the Welsh Societies of the Evangelical Awakening. The seiat or ‘society meeting’ of the Welsh Calvinistic Methodists was precisely that: it was a small group meeting where members would be encouraged to share their spiritual experiences. It was neither a Bible study nor a doctrine study but an opportunity for believers to share their failures and victories, their barrenness and blessings and, in a phrase, to open their hearts to one another. Such a meeting, of course, could be fraught with dangers: it could lead to spiritual exhibitionism, to spiritual ‘navel gazing’ and indiscretion in what was being talked about, as well as degenerate into downright gossip. It was at this point that Pantycelyn revealed something of his spiritual ‘genius’: for the book is really a guide to the blessings of holding such meetings, as well as about the possible dangers and problems which could arise, and how such meetings should be conducted.

It is not without significance that the 1970s was a decade when, in certain Christian circles, there was great emphasis being placed upon spiritual experience and spiritual experiences, such an emphasis frequently being uncoupled from the biblical framework and categories within which true spiritual experience is to be found. In his introduction to the book Dr Lloyd-Jones referred to this trend and phenomenon as something which was impoverishing Christians and which was inimical to true spirituality. When one considers the spiritual context in which Mrs Lloyd-Jones translated this work, one can appreciate just how ‘in tune’ she was with what was happening and how appropriate was the translation which she had given. The rest of the book does not disappoint: it reads easily.

More translations were to follow, this time of a living author. Mari Jones, whom we have already met and who, with her husband, was a close friend of the Lloyd-Joneses, had written a book of ‘parables’ drawn from farm life. The year after The Experience Meeting was published, a translation by Mrs Lloyd-Jones of an earlier Welsh publication by Mari appeared under the title In the Shadow of Aran. (Aran is a mountain in North Wales, near to where John and Mari lived.) Dr Douglas Johnson, who for many years had been the General Secretary of the IVF (now UCCF) and who, himself a medical doctor, had worked closely with Dr Lloyd-Jones in IVF and in the Christian Medical Fellowship, was very impressed with the book. He wrote to Mrs Lloyd-Jones to express gratitude and to urge her to continue in this translation work. 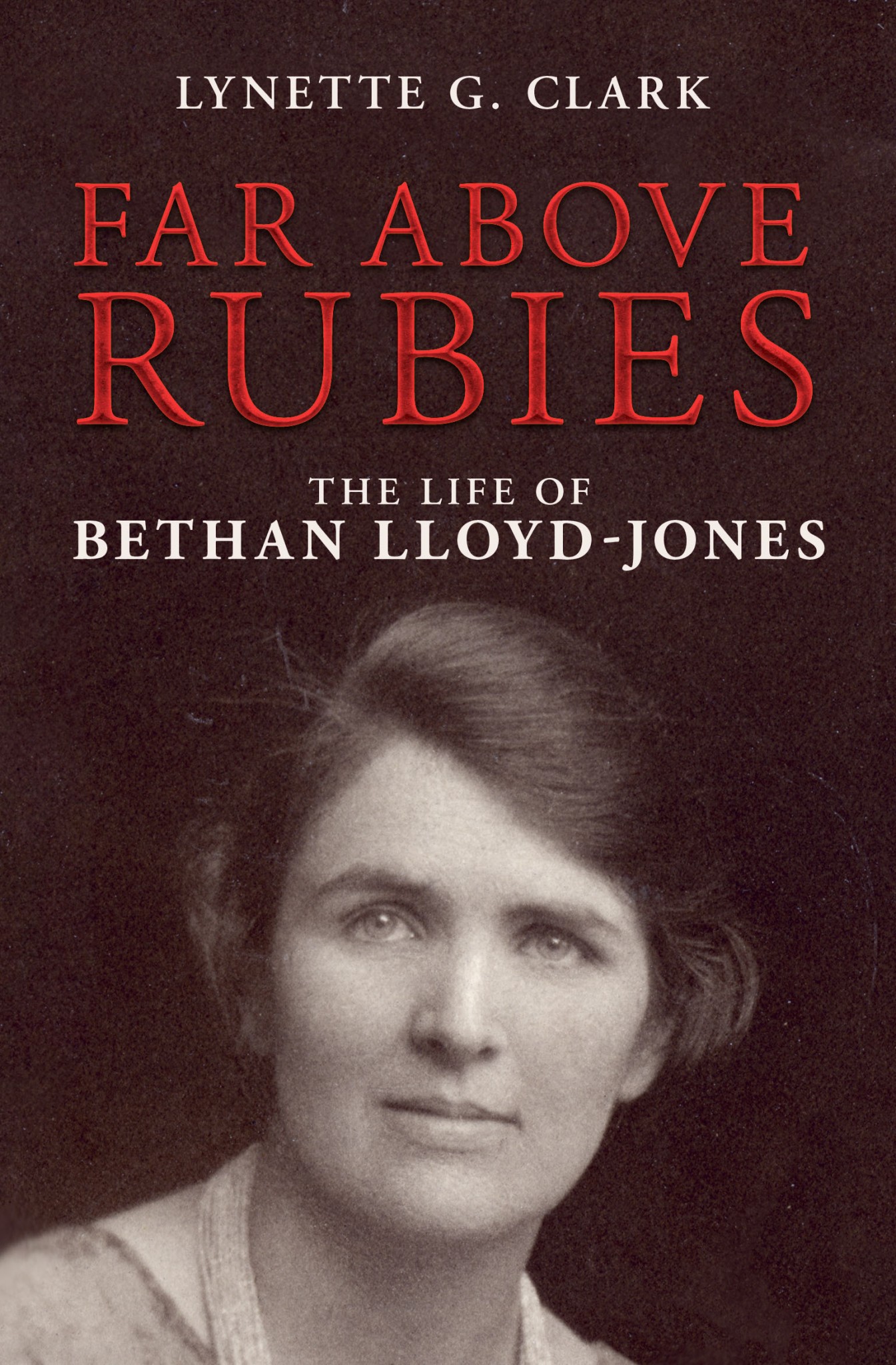 ‘Far Above Rubies’ was written by Lynette Clark and published by Christian Focus Publications and is used with kind permission.

Lynette G. Clark is the author of 'Far Above Rubies', a biography of Bethan Lloyd-Jones.