A rags to riches story

So here’s the good news. A rags to riches story. It’s my story, and it can be yours too. Let’s look at 2 Corinthians 8:9.

For you know the grace of our Lord Jesus Christ, that though he was rich, yet for your sake he became poor, so that you through his poverty might become rich.

Can you see the remarkable swap that is described here? The Christmas story is a riches to rags story. It’s the story of rich-man Jesus becoming poor for us, but now you can see that we’ve only understood half of the story. The other half is the classic tale – poor man comes into a fortune. Only this time, it’s not a Hollywood movie or a Dickens costume drama but the story of every human who embraces it. It’s the story of the poor man becoming rich. It’s the story of the man or woman who is far from God and absolutely poor being given – at no cost – the vast riches of Jesus.

This is an extraordinary tale. Remember the riches of Jesus? They were beyond imagining. They were out-of-this-world. ‘The Earth is the Lord’s and the fullness thereof.’ God offers to us all his riches – a share in his life forever under his perfect blessing. This is rich. This is real. That’s why I’ve called it being really, really rich.

And despite our poverty, and the fact that we deserve the displeasure of God himself, he has made a way for us to enjoy these riches rather than what we truly deserve. You can probably see the way the Bible verse links these two stories. Jesus’ riches to rags tale is the means by which our rags to riches fairytale can happen.

So far, however, we’ve not really plumbed the depths of the poverty that Jesus took on. We paused and considered our own poverty – how we deserve the punishment that God in his righteousness and justice must administer. Yet, if he is to remain truly righteous and truly just, he cannot simply just let us off. Justice demands an accounting.

Now we are getting close to the heart of the matter and the black and dark depths of the abyss to which Jesus went. For his poverty was not simply becoming human; nor was it the impoverished background into which he was born. His poverty was our poverty. He embraced the sin that was ours and the just punishment we deserved. He did this when he died on the cross, an event that took place some 33 years after his birth.

In 2017, just a week before Christmas, I attended a memorial service for a family member. I always feel particularly sad at grieving relatives for whom Christmas will be particularly painful this year. None of us likes to think about death at Christmas for Christmas is about birth and life and light. But the birth of Jesus alone does not and cannot capture the absolute poverty that Jesus took on. We’ve got to think about death and we’ve got to think about Jesus’ death for this is the extent of his poverty. On that fateful day, as a young man, he experienced what each of us deserves.

He took our place just as though he had done all the things we had done. He experienced our punishment. He died our death. He experienced separation from God: the separation that is truly and eternally ours, but which he suffered instead. This is why he came. This is real poverty – mine and yours, and now his too. And why? ‘For your sake’ as the verse puts it. Here we have it then – the remarkable tale of Christmas. Jesus, the one who was gloriously and unimaginably rich, took on our poverty so that we might escape its clutches and instead enjoy his riches.

This is his gift to you

I suppose we might think this is a bit like a swap. He’s rich. I’m poor. He becomes poor so that I become rich. Only in a swap you always have something to offer. I remember trading football cards at school, but no one ever gave me a card for nothing. I always had to offer something in return. Like for like. Or, more likely, I would have had to offer ten common cards for one rare one.

Though Jesus takes our place, it’s not really a swap for we have nothing to offer except what no one could possibly want. It’s better, then, not to think of this as a swap. Instead, we ought to think of it as a gift.

Sometimes we receive gifts and feel so guilty that we have to rush out to the shops to buy something in return. I’ve sometimes had to do that. But this gift requires nothing in return because nothing can compensate for or match the extraordinary gift that has been given to us. For what could match the riches of God himself ? This one-sided free gift is what the Bible calls grace:

For you know the grace of our Lord Jesus Christ, that though he was rich, yet for your sake he became poor, so that you through his poverty might become rich.

When I was a teenager someone once said to me, ‘GRACE stands for ‘God’s Riches At Christ’s Expense’.’ It’s not exactly right, but it’s near enough. The riches that Jesus enjoyed before he became human are offered to me and to you at Christ’s expense – the poverty that was rightly ours and which he voluntarily took on. Isn’t that a remarkable Christmas gift? What is more, there’s no need for a refund policy because the giver is God himself. It is a sure-fire, guaranteed way to get rich. This is his gift to you. Go on. Open it.

Open it? How? How can you get this gift? I once was sent an offer in the post that I thought was almost too good to be true. There was a number to call to claim my gift, so I called the number and queued for what seemed like ages. Once I reached the top of the queue, a rather disgruntled-sounding woman asked me for all kinds of details. I became suspicious and quickly realised that the offer was not all it seemed to be. This gift that God offers you this Christmas – his immense and extraordinary riches – comes with no queuing time and no catch. It is no scam. It is yours, if you want it. I can’t imagine why you would not want it. All that is waiting is for you to claim your free gift, so to speak. To do this you admit you are poor to God, believe that Jesus gave up his riches to embrace your poverty, turn away from your old life of poverty and rejoice that his riches now come to you. 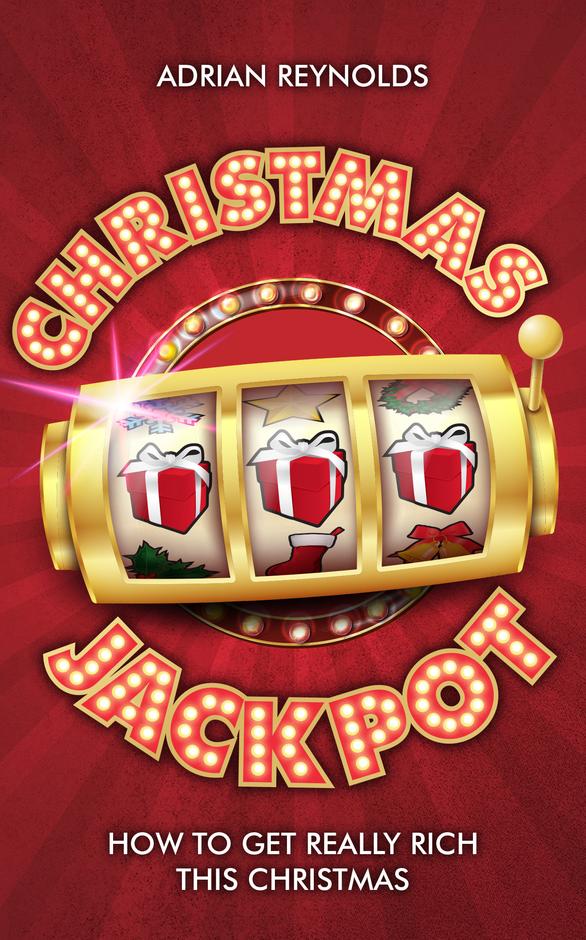 This article is an extract from the book Christmas Jackpot, the Christmas evangelistic book published by 10ofthose and reprinted with permission.

Adrian Reynolds is the Training Director of FIEC and an elder at Christchurch Market Harborough.

You Got This!
by Dai Hankey
The Moans And Groans
by Alistair Chalmers
Could God Make Me Happy?
by Nathan Davies
Wait For The Lord
by Steffan Job
Have You Found The Meaning Of Life?
by Morgan Britton
Encouraging Personal Witness
by Mike Mellor
The Beauty Of Christian Endurance
by Sarah Allen
Don't Give Up
by John Funnell