75 years ago I was not present at the VE Day celebrations. I arrived just two years later. But my mum and dad were there – but they were not together. Dad was in Italy as Sergeant Instructor in the Royal Artillery. He had been in the Battle of Tripoli but was injured by shrapnel. He recuperated in Jerusalem, then travelled onto Italy. Mum was teaching in Liverpool. She was the only female teacher in a boys school and travelled from North Wales to Liverpool every day. If there was an air raid, her responsibility was to ensure that the boys remained in the air raid shelters they were allocated – even if it meant dodging between shelters while the raid was on! Mum and dad loved each other dearly. I have some of their letters. One or two are written so that they can only be read in a mirror! It must have taken a long time to read and to write!

Now listen – they can send me to any country in the world, even Hollywood, and I would never want anyone, only my Ellen, you my dear girl are life to me, and unless you are not with me, well I just feel like jumping in the river, but I can’t do that, there are no rivers around here… no-one, no-one, only you is ever going to be my wife.

It was tough for them. They exchanged telegrams. But they could say only the briefest of messages. I have the originals. One of the telegrams was from Dad’s father and simply reads: 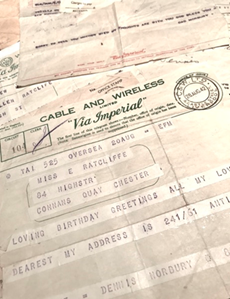 In the middle of a terrible war, and with sadness all around, nothing could stop their love. The telegram dated 28th August, 1942 reads: ‘Loving birthday greetings All my love’. Then, 12th February 1944 reads: ‘Be home on Wednesday Night about eight All my love’

Victory was coming. I have a copy of the original ‘Special Order Of The Day’, dated April 1945, from Field Marshall Alexander, Supreme Allied Commander reading:

Final victory is near. …You must be prepared for a hard bitter fight; but the end is quite certain – there is not the slightest shadow of doubt about that. You, who have won the battle, you have fought, are going to win this last one. Forward then into battle with confidence, faith and determination to see it through to the end.

On May 14th 1945, just a few days after VE Day, Brigadier Block sent a circular letter to my Dad and CMTC (Citizens Military Training Camp), congratulating them on their ‘important part in winning the war’. He attached a circular from Field Marshall Alexander which contained these words, ‘You will look back with pride on your contributions to the victory in Italy.’ 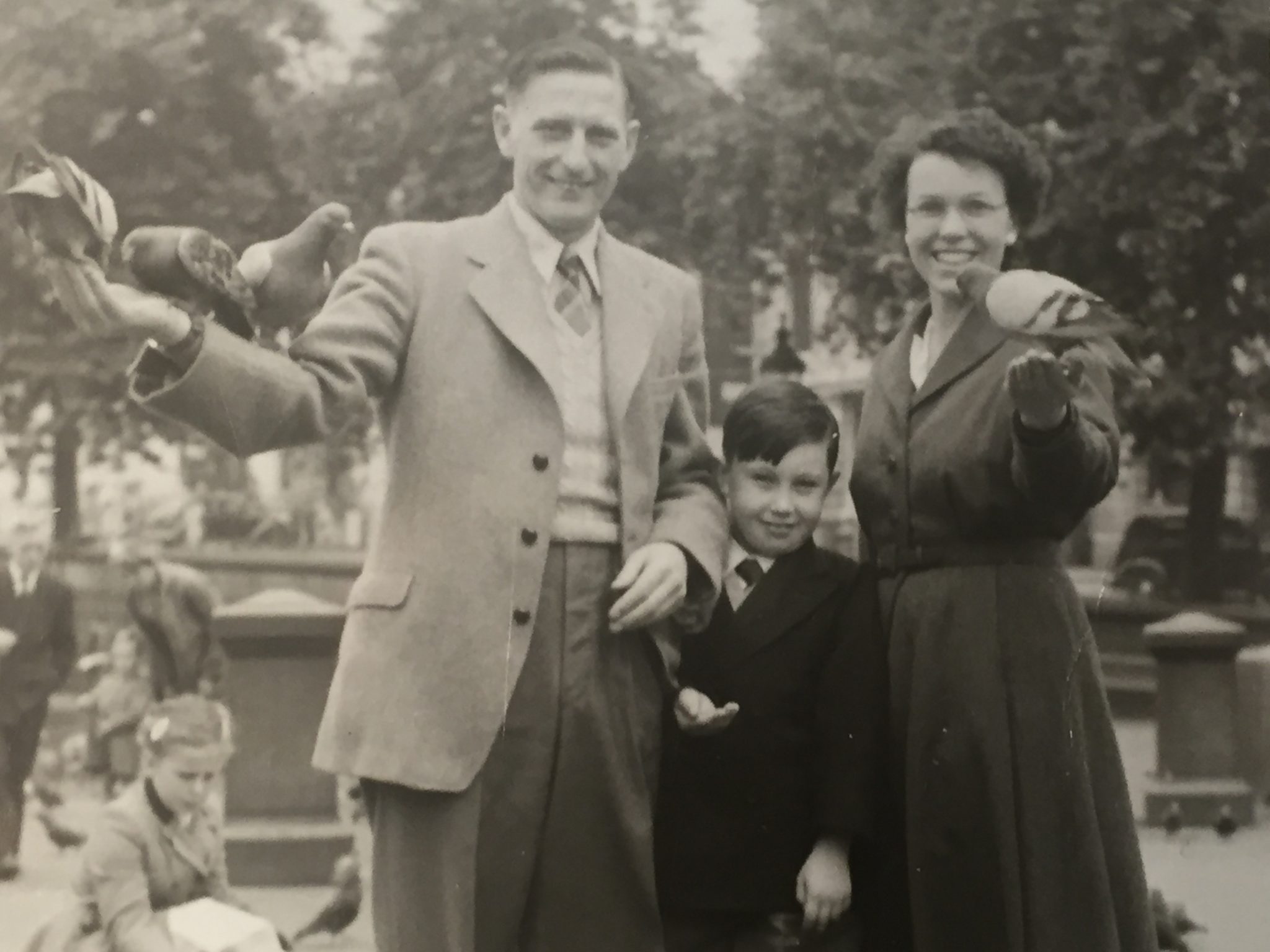 How did they get through it all? I have a copy of a prayer suggested by the Padre for couples to remember each other every day. It ends, ‘ We pray Thee speed the day when we may meet in peace.’ And they did! Here I am to prove it! Dad passed away when he was 55. Mum passed away almost 3 years ago at the age of 97 and two months.

They are but one of the incredible stories of soldiers, their wives and families caught up in a war they did not start, but had to fight – at home and abroad.

And now 75 years later we battle against Covid-19. We are in it together. The battle is incredibly tough for so many. But what endured through the Second World War and beyond is love; common or garden love; magnificent love. Love will endure well beyond Covid-19.

Love never fails. Those great words of wisdom are Bible words. So are these: God is love.

Mum and Dad sacrificed for our futures – like so many others. God sent his Son who sacrificed his life on the cross of Calvary to rescue me and everyone who puts their trust in him.

My mum and dad had the delight of being there on VE day. The final victory had been won. But, great as that was, Jesus Christ did so much more. He defeated death and the grave. He has won the greatest final victory.

In a cynical world which often claims to believe nothing, the words of 1 Corinthians 13 verse 7 are still so true.

And what about you? Who do you love? Who do you think loves you? Knowing that someone loves you is so wonderful, just like my mum and dad in the midst of the war. Whether some person loves you or not, one old hymn says it all.

And yet I know that it is true:

he came to this poor world below,

and wept and toiled, and mourned and died,

only because he loved us so.

But, even could I see him die,

I could but see a little part

is always burning in his heart.

And yet I want to love Thee, Lord;

O light the flame within my heart,

and I will love Thee more and more,

until I see Thee as Thou art.

David Norbury is a member at Llanelli Free Evangelical Church and Chair of the Evangelical Movement of Wales Management Board.