The theme of friendship takes us right to the heart of the Bible’s message. God is relational. He has from eternity existed in a relationship of loving friendship within the Godhead: Father, Son and Holy Spirit. He created us in his image as relational beings, uniquely able to relate to him in love. Genesis 2 provides us with a picture of life as it was designed to be, with Adam and Eve enjoying perfect relationships with God, one another and the world around them, before everything was spoilt by their rejection of God’s authority. A sense of aching nostalgia for what has been lost is evoked by the description of God walking in the cool of the garden in Genesis 3, with the implication that it has been his custom to take a daily stroll with his image-friend.

The easy intimacy between God and humanity is lost because of sin but, in his amazing grace, he still seeks relationship, calling out, “Where are you?” (Gen. 3:9). This searching, divine love lies behind God’s gospel plan to restore people to relationship with himself, which was promised and prefigured in the Old Testament and then fulfilled through Christ.

Throughout the Bible, God often calls those who belong to him his friends. The Lord spoke to Moses “as a man speaks with his friend” (Ex. 33:11) and describes Abraham as “my friend” (Is. 41:8). In criticising Jesus as a “friend of … ‘sinners’” (Matt. 11:19), his enemies had seen the truth without recognising the wonder of it. The disciples were deeply flawed men and yet Jesus called them his “friends” (Luke 12:4). We too can be friends of God, not because of any innate worthiness in us but because of Christ’s death for us on the cross. God’s own son faced separation from his Father so that we, who do not deserve it, could be restored to friendship with him.

Friendship is not an optional extra but is essential to our God-given humanity. We human beings are made as relational creatures in the image of the God, who is love. Above all, we are made to relate to him and without that relationship we will always experience emptiness within. People have tried to fill that vacuum with money, pleasure and achievements but nothing else fits.

God’s plan of salvation is designed not only to restore our vertical relationship with God, but also to create horizontal relationships of loving friendship between human beings in his family. He calls us to himself, not as individuals but as members of a new community. Deep relationships can and should develop as we grow together in the church into the likeness of Christ and serve together in mission. After Christ’s return there will be no marriage (Matt. 22:30) but great intimacy will be enjoyed in the beyond-sexuality delight of friendship with one another as God’s people in the new creation.

Being a true friend

It is often remarked by those who have experienced a time of real difficulty that it has shown them who their true friends are. As Proverbs 19:4,7 points out, superficial friends soon fade away:

Wealth brings many friends, but a poor man’s friend deserts him.

A poor man is shunned by all his relatives – how much more do his friends avoid him! Though he pursues them with pleading, they are nowhere to be found.

Real friends, by contrast, stick with us through thick and thin (Prov. 17:17). There is no better example of this in the Bible than Jonathan’s love for David. Even though his father, Saul, had turned against David and was determined to kill him, Jonathan remained steadfastly loyal. After he died David mourned deeply: “I grieve for you, Jonathan my brother; you were very dear to me. Your love for me was wonderful, more wonderful than that of women” (2 Sam. 1:26).

When thinking about Jonathan’s moving example, there is a danger that we will compare him with our friends and lament that they are not offering the support we feel we need. But rather than think about others we should face the challenge ourselves and ask, “What kind of friend am I?”. There is a danger that we can be so wrapped up in our own lives that we have no time or energy left for others, even at a time of crisis – when they are afflicted, for example, by ill health, bereavement or relational difficulties. As a result, we resent any sacrifice that may be demanded of us, keep our heads down and do the bare minimum.

Perhaps we are confident that if a friend was truly in need, we would be there for them. But would anyone think of turning to us in such circumstances? Have we kept our friendships in good shape in better times so that they are prepared for the moment when a crisis occurs?

A few years ago, I came to the uncomfortable realisation that the answer to that question in my case was probably “no”. I had made many friendships over the years but maintaining them had not been a priority. It was hardly surprising therefore that when I became conscious of the need to rely more deeply on friends myself, it was not immediately obvious who to turn to. I was reminded during a sabbatical of a truth that I knew in my head but had hardly allowed to impact my heart and actions: that nothing was more important than relationships, with God and with others and that I needed to reorder my life accordingly.

Yet not even human relationships, however good they may be, can bring complete fulfilment; only Jesus Christ can ultimately satisfy the hunger of our hearts.

The recognition that even the best human friendships are limited is certainly not a reason to avoid them but is rather a spur to look beyond them to Christ. It is only as our friendships are built on him and all we receive in him that they will have the secure foundation which will enable them truly to flourish.

The assurance and peace that come from knowing him enable us to reach out to others, not looking to take, but to give sacrificially as he has given to us. He is the perfect friend who enables us to be true friends ourselves. 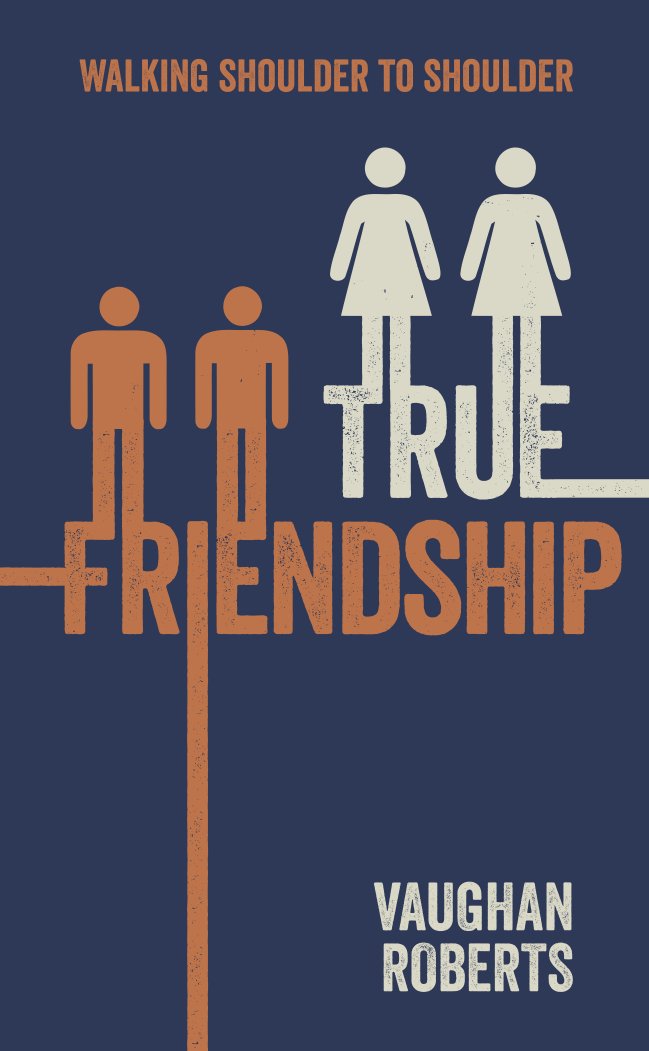 This article has been extracted from Vaughan Roberts book, True Friendship, with permission from 10Publishing.

Vaughan Roberts has been the Rector of St Ebbe’s Church, Oxford since 1998, and is also the Director of Proclamation Trust.

We Need To Talk About The Money
by Jonny Raine (part 1 of The 'M' Word)
Fellowship
by James Sercombe (part 2 of The Prototype Church)
Totally Torn
by Al Gooderham
Devoted To Teaching
by Mark Barnes (part 1 of The Prototype Church)
What happened to the body?
by Alex Collins
Seeking God’s glory, not man’s praise
by Annette Verhey
Encouragements For Weak And Weary Christians
by Sam Brown
Good news in your own skin
by Sam Liu